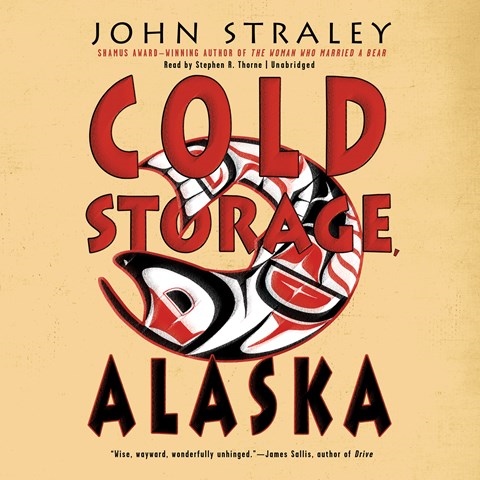 This atypical crime thriller—the first in a series—is more quirky than thrilling. And Stephen Thorne’s narration captures the offbeat nature of the plot. An eclectic group of characters comes together in a laid-back remote Alaskan village. Brothers Clive and Miles have their hands full: Clive is recently released from prison while Miles acts as a makeshift doctor for his neighbors. And Clive is not starting his life quite as smoothly as he would want, with a former partner in crime on his heels. Thorne’s female voices don’t particularly stand out, but several minor characters are well done: A stoner has a predictable yet entertaining voice, and the best portrayal is Jake, a Hollywood writer-wannabe whose opinionated tone fits his character perfectly. It’s enough to want to read more in the series. M.B. © AudioFile 2014, Portland, Maine [Published: MARCH 2014]