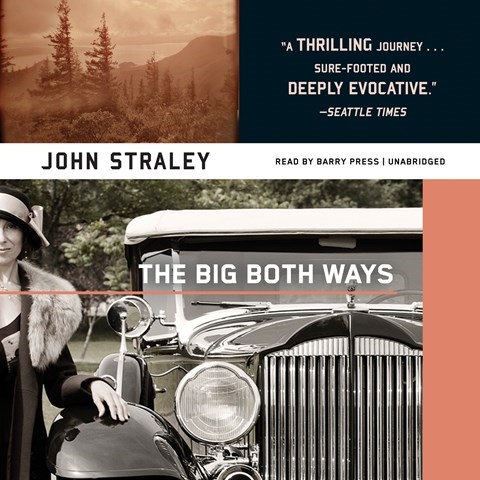 THE BIG BOTH WAYS

In this somber, exhilarating period adventure, narrator Barry Press helps listeners empathize with the several lead characters, from an indigent logger to a world-weary woman labor organizer and an orphaned girl and her bird. As they make their way from Seattle to Sitka to Juneau, the story takes on a Mark Twain flavor, but there’s murder, too, and union trouble in the Northwest circa 1935. Press’s voice adds to the author’s portrayals of diverse characters in situations not of their choosing who are burdened with a crime that has a life of its own. In well more than 25 years of audiobook reviewing, I have rarely encountered an audiobook as masterfully written and effectively performed as this. D.R.W. Winner of AudioFile Earphones Award © AudioFile 2014, Portland, Maine [Published: FEBRUARY 2014]