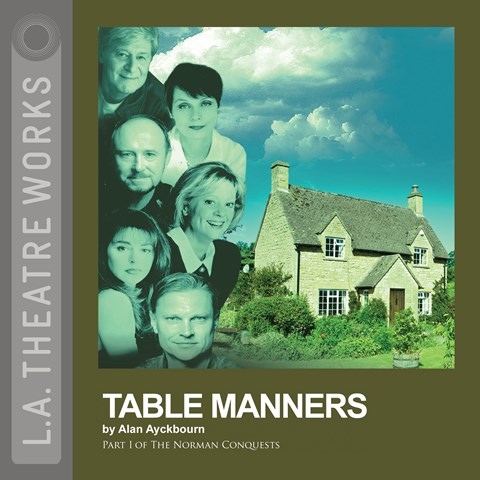 If Oscar Wilde had gone on to write in the 1970s, his dialogue might have sounded a lot like Sir Alan Ayckbourn's, with a similar focus on sexual mores and social satire as a way to take a peek into the human heart. In this truly fine ensemble performance the action begins in a dining room with three couples during a family retreat. The incomparable Martin Jarvis (who has an MBE to his name) plays Norman, the husband of one sister and a potential seducer of her sister and of her sister-in-law. With wit and a finely honed sense of vulnerability, the equally incomparable Rosalind Ayres (who is married to Jarvis in real life) plays Sarah, the focus of so much of Norman's attention. B.P. © AudioFile 2014, Portland, Maine [Published: MAY 2014]