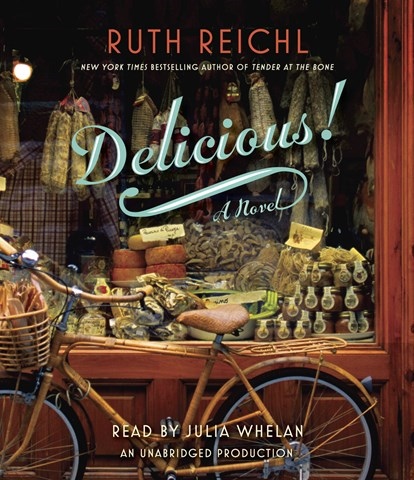 First surprise—it's a novel! Audiobook listeners enamored with former New York Times restaurant critic and food editor Ruth Reichl's nonfiction works are in for a treat. Her fiction debut features delectable descriptions of foods and spices, embedded in the story of Billie Breslin’s discerning palate. Narrator Julia Whelan gamely matches Billie's culinary adventures with a hearty range of voices and a myriad of accents to match the diversity of New York City, where Billie lands a job with an iconic food magazine. Her culinary explorations delve into ethnic-ingredient sourcing, ancestral recipes, chef and restaurateur encounters, artisanal purveyors of amazing tastes, and a cache of old letters linked to a legendary chef. A.W. © AudioFile 2014, Portland, Maine [Published: MAY 2014]