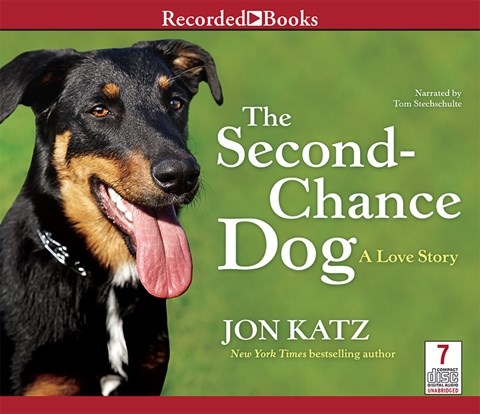 THE SECOND-CHANCE DOG A Love Story

In his sixtieth year, Jon Katz fell in love. The only thing standing between him and his soul mate, Maria, was Frieda, a fearsome rottweiler-shepherd mix. Tom Stechschulte's deep rumble conveys the exuberance of Katz's dedicated pursuit of both their hearts. One hears a familiar mix of animal observation and personal biography, but it’s more urgent and intimate than in other works. Echoing Katz's resolution to act on love, Stechschulte generates emotional momentum with his sensitive narration. Sympathetic in tone, his voice conjures a smile in moments of joy or a hug in moments of sadness, both of which he captures well. His performance embraces the complexity of relationships and the all-consuming nature of love. A.S. © AudioFile 2014, Portland, Maine [Published: APRIL 2014]