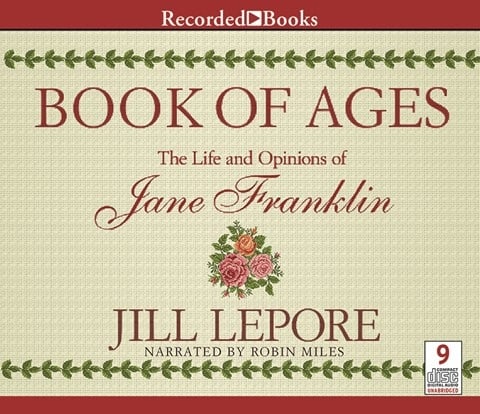 BOOK OF AGES The Life and Opinions of Jane Franklin

Jane Mecum, the subject of this well-done audiobook, gives listeners a rare look at how difficult life was in eighteenth-century America. In a splendid performance, Robin Miles narrates this unusual story, told through correspondence between Jane and her brother, Benjamin Franklin. Because Jane was Franklin’s youngest sister, listeners would suppose she lived a life of privilege. In reality, her life was one of pain and travail. Twelve of her children died, and her marriage to a profligate husband forced them to live with her parents. Miles’s interpretations show Jane’s devotion to her brother and his to her. However, Miles’s exceptional performance will also make women glad they live three centuries later. E.E.S. Winner of AudioFile Earphones Award © AudioFile 2014, Portland, Maine [Published: MARCH 2014]