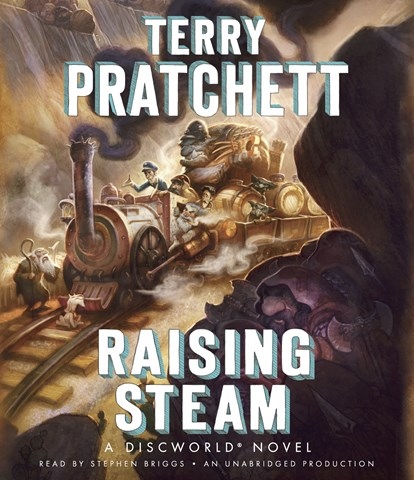 Stephen Briggs has been recording Discworld novels for over a decade, and as a longtime collaborator with the author, it’s no surprise that his narration is filled with life. With his deep understanding of the Discworld universe, Briggs lends authenticity to every word. As the varied characters discover steam power and its associated benefits and mishaps, Briggs uses more than a dozen United Kingdom accents to humanize the different species that share this world. He also accentuates the Discworld's trademark wit, giving conversations deeper meaning, and more powerful humor, than might be apparent on the surface. Standout performances include the Patrician, whose deep voice sounds commanding and highly intelligent, and a goblin, whose quavering voice is, nonetheless, filled with inner strength. A.Z.W. Winner of AudioFile Earphones Award © AudioFile 2014, Portland, Maine [Published: MARCH 2014]