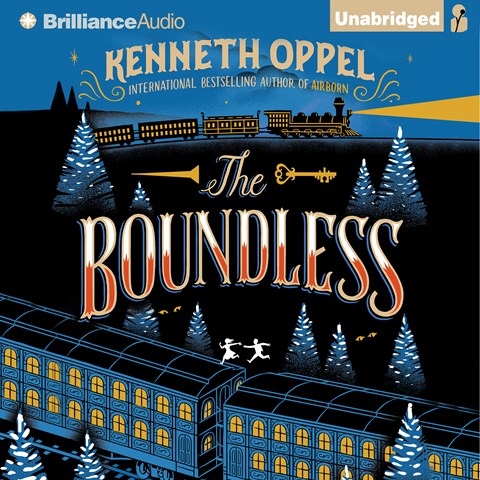 Nick Podehl’s enthusiasm and flair sweep listeners off on a marvelous audio adventure across Canada on the Boundless, the longest train in the world, containing all manner of humanity, a circus, and the treasure-filled funeral car of the recently deceased railway founder. Will Everett finds himself in possession of the key to the funeral car, with snarling villains in pursuit. Podehl aptly voices a brave and conflicted teenager who is determined to do the right thing. As narrator, he is a marvel at creating about a zillion characters ranging from “colony-class” poor folks to first-class rich, including grasping merchants, growling brakemen, Chinese workers, and even a roaring Sasquatch. Perhaps best and most mysterious is the Métis ringmaster, Mr. Dorian, slightly exotic and measured in tone, although angered by the cultural discrimination he faces on a daily basis. A.B. Winner of AudioFile Earphones Award © AudioFile 2014, Portland, Maine [Published: APRIL 2014]