Home»Reviews»THE CRACKS IN THE KINGDOM 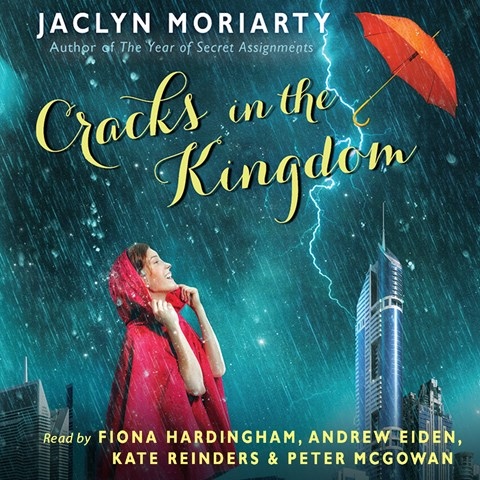 THE CRACKS IN THE KINGDOM The Colors of Madeleine, Book 2

The illegal epistolic communication between Madeleine in Cambridge, England, and Elliott, in the Kingdom of Cello, through a crack between their worlds, continues in the second charming installment of the Colors of Madeleine trilogy. Elliott is an attractive and brave farm boy, and Andrew Eiden’s voice is suitably swoon worthy and appealing. Fiona Hardingham’s Madeleine is whimsical and dreamy but also something of a confused teen. When Elliott and Madeleine make contact, their conversation almost echoes with isolation as they talk in limbo between their two worlds. Princess Ko enlists Elliott and the Royal Youth Alliance to rescue her family, abducted from Cello, and Kate Reinders adeptly swings between Ko’s airhead public persona and her actual single-minded intensity. Peter McGowan rounds out the cast with an authoritative tone for the missing royals. A.B. Winner of AudioFile Earphones Award © AudioFile 2014, Portland, Maine [Published: MAY 2014]