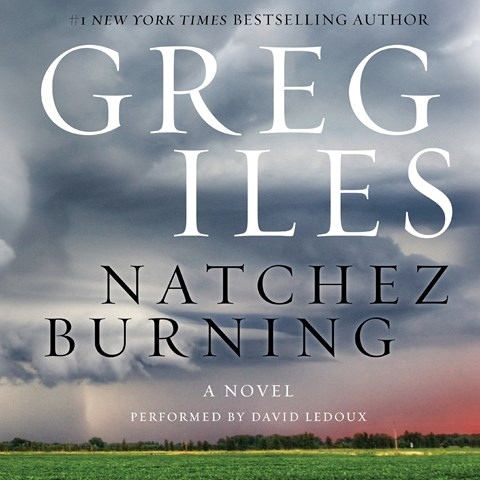 The cast of Iles's newest crime story may have proven to be too much for narrator David Ledoux. In spite of a group of characters who range from a former Klansman in his seventies to a female preteen, he provides scant vocal differentiation, and one hears regular inconsistencies in gender and in the large spectrum of personalities, ages, races, and geography. Listeners will need to pay especially close attention to follow the plot and dialogue. In addition, there's little indication of the Mississippi/Louisiana setting, so important to the story. What is present is an exaggerated portrayal of dirty law enforcement that makes the characters sound stupid when in reality they're terrifyingly smart sociopaths. While this story is epic, its narration isn't. J.F. © AudioFile 2014, Portland, Maine [Published: JULY 2014]