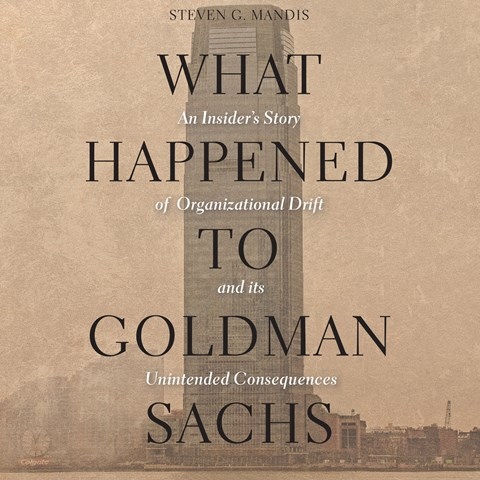 Sean Runnette performs this tale of an epic business collapse with a tone of thoughtful resignation. This couldn’t be more effective in framing the author, a sociologist and former Goldman executive, as both trained observer and tragic victim. The story begins in 1979, before the then 118-year-old bank partnership became a traded stock, and continues through organizational changes that the author says forced staff to drift away from the company’s founding principles. A thoroughly researched study that cites interviews with key people, it’s also informed by the author’s familiarity with the SEC, the U.S. Congress, and the laws Goldman exploited that led to the 2008 government bailout. The author’s skill with narrative and Runnette’s sensitivity give this story Shakespearean proportions that make this extended saga riveting. T.W. Winner of AudioFile Earphones Award © AudioFile 2016, Portland, Maine [Published: MAY 2016]