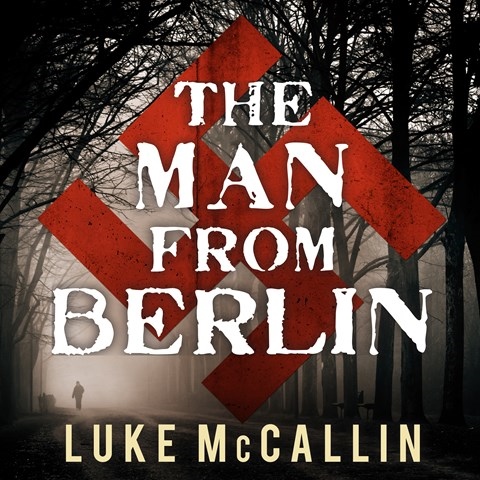 Narrator John Lee transports listeners to war-torn Yugoslavia, 1943. Gregor Reinhardt, a Nazi counterintelligence officer, is tasked with solving the murders of a beautiful Yugoslavian journalist and a German officer. Lee comfortably jumps from German to Russian to Serbian accents and adds an overall tone that could best be described as "Nazi noir," mirroring the protagonist's existential dilemma of having lost both his family and his national pride. There are plenty of surprises and some well-paced action sequences as Reinhardt chases senior commanders in pursuit of the perps. And there's a bonus: Besides a well-crafted mystery, listeners get a history lesson on the origins of the Serbo-Croatian conflict. R.W.S. © AudioFile 2014, Portland, Maine [Published: AUGUST 2014]