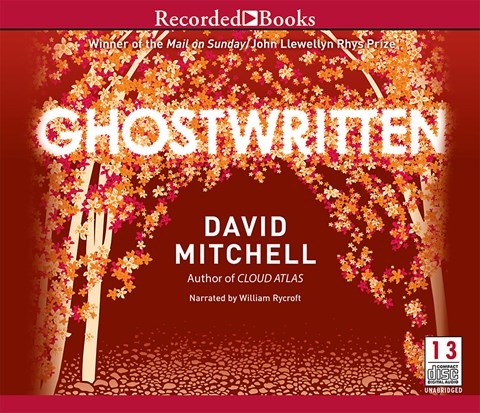 With an intricately crafted plot and well-defined characters, this audiobook demonstrates author David Mitchell’s literary potential. It also benefits from narrator William Rycroft’s ability to convey the diversity and complexity of storylines using a broad array of tones, accents and inflections. Nine diverse characters, one of whom is a terrorist, inexorably move toward a shared destiny. Each chapter is written in the first person and is set in a different international locale, creating a challenge for the narrator. Rycroft adeptly differentiates between the various locations and subtly distinguishes each of the key players. This ambitious debut demonstrates how entertaining out-of-the-box creativity can be. D.J.S. © AudioFile 2014, Portland, Maine [Published: JULY 2014]