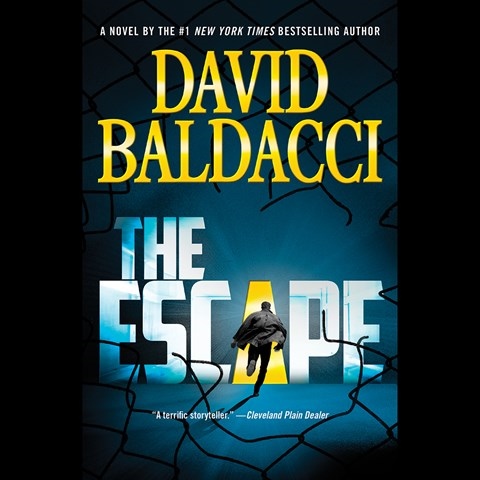 Ron McLarty and Orlagh Cassidy are a tried-and-true team, having already narrated a number of Baldacci's books together. With Cassidy delivering all the female dialogue and McLarty reading everything else, their voices dovetail seamlessly. Agent John Puller's brother, Robert, has escaped from a high-security prison, leaving a dead man in his cell. Having received life imprisonment for treason, he’s now on the run not only from law enforcement but also from other forces who want him dead. John Puller wants to find his brother and prove his innocence. Action is fast, and, as the plot twists and turns, excitement ratchets up, heightened by subtle sound effects. Cassidy keeps the listener guessing with her characterization of Veronica Knox. Is she helping Puller, or policing him? An enjoyable stand-alone thriller. C.A.T. © AudioFile 2014, Portland, Maine [Published: OCTOBER 2014]