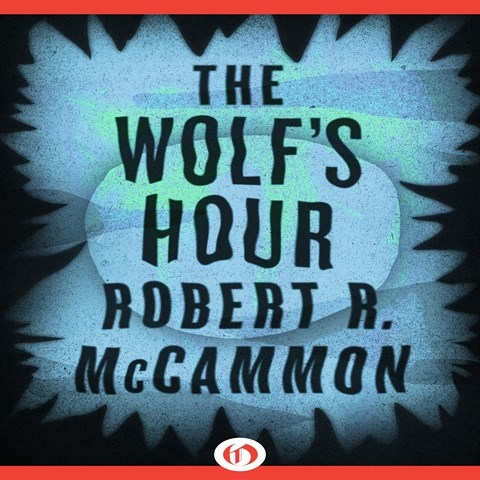 Simon Prebble's elegant narration adds dignity to a potentially tawdry premise: a British spy in Nazi-occupied Europe during WWII who is secretly a werewolf. As it turns out, McCammon's storyline is surprisingly plausible, and Prebble persuasively voices the spy's tortured introspection about his identity as well as the horrors of the Nazi regime. When the Allies receive word that an undercover agent in Paris has key information that might interrupt plans for D-Day, our spy is sent to recover the intelligence. Prebble articulates a wide range of characters--from a beautiful French Resistance warrior to a sneering Nazi officer--with just enough color to distinguish them. Also notable are Prebble's voices for the spy's fellow werewolves and his perfect pacing as the spy is almost cornered. N.M.C. © AudioFile 2014, Portland, Maine [Published: OCTOBER 2014]