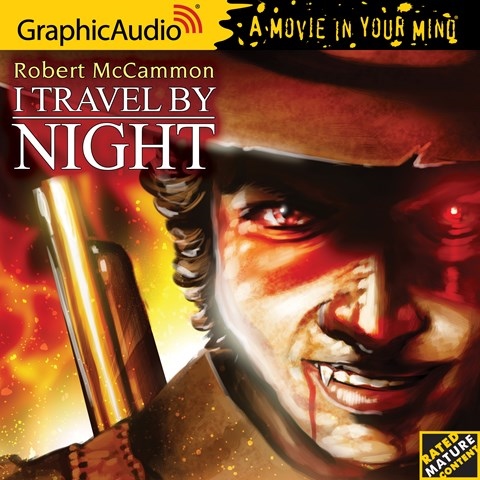 I TRAVEL BY NIGHT

by Robert McCammon | Read by Nanette Savard and a Full Cast

Nanette Savard and a large cast evoke the feel of a sultry summer night in New Orleans, where Lawson, a reluctant vampire, fights to regain his humanity. As with all GraphicAudio productions, this is a fantastic movie of the mind. The actors are mostly Southern, or portray Southerners, and they drawl their words in that style. The story is set just after the Civil War, when Lawson works as a vampiric soldier of fortune, seeking the evil vampire who cursed him and who can reverse the curse with her death. The work is replete with sound effects--squeaking wagon wheels, neighing horses, and the violence of battle--making I TRAVEL BY NIGHT a work easy to get lost in. M.S. © AudioFile 2015, Portland, Maine [Published: JANUARY 2015]