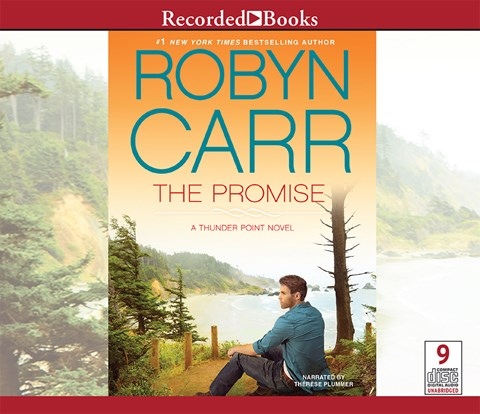 Thérèse Plummer’s buttery voice conveys the warmth in this romance, set in a small town. After breaking up with her longtime boyfriend, Peyton leaves Seattle and winds up in Thunder Point, Oregon, where she lands herself a job at the local doctor’s practice. Though Peyton claims it’s only a three-month trial, she soon finds herself falling for the small community and for Scott, the altruistic town doctor. Plummer’s rich narration captures the familial qualities of the tight-knit community while offering a versatility of male, female, and children’s character voices. Plummer’s flowing narrative, smooth transitions between the character voices, and natural-sounding dialogue maintain a consistent level of intrigue even when the story itself wanes. M.F. © AudioFile 2014, Portland, Maine [Published: AUGUST 2014]