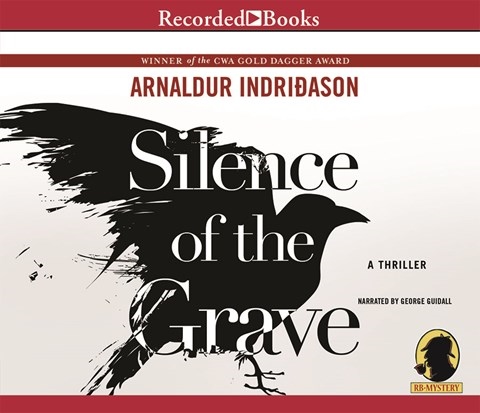 George Guidall makes everything he narrates better, and his performance of the Inspector Erlendur Icelandic mysteries is no exception. A gravelly voice for Erlendur exposes his loneliness and melancholy. Although the detective is working on a case revolving around a decades-old skeleton buried in a housing development, he’s preoccupied by his drug-addicted daughter, who is in a coma. The doctors tell Erlendur to talk to Eva Lind, and Guidall makes clear his initial discomfort, which transitions to an eventual unburdening. In a parallel story, a woman and her two sons are physically and psychologically abused by her husband, Grimur, during WWII. Guidall noticeably slows down the pacing for the scenes of domestic abuse, amping up the suspense and conveying the terror of the next battering blow. A.B. © AudioFile 2014, Portland, Maine [Published: OCTOBER 2014]