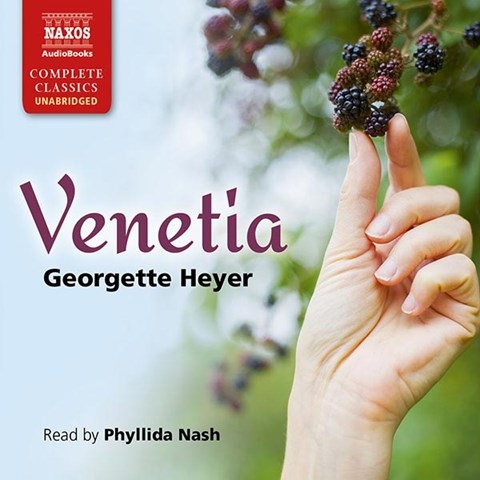 Phyllida Nash is in rare form as she performs Heyer’s quintessential Regency romance. In the aftermath of the Napoleonic Wars, in Yorkshire, well-bred Venetia, age 25, encounters her rakish neighbor, Lord Damerel, while riding one day. Despite his libertine reputation, Venetia falls into a fast friendship with him. Their dialogue is full of witty repartee, wonderful classical and Shakespearean references that slide off Nash’s agile tongue without hesitation. Nash is perfectly in sync with the passions of the Regency period as cultured words are “ejaculated” (Heyer’s favorite verb) from each character’s lips. Chaste by today’s standards, this romance, with its surprise ending, dramatizes Venetia’s desire to live just outside the norm. M.B.K. © AudioFile 2014, Portland, Maine [Published: SEPTEMBER 2014]