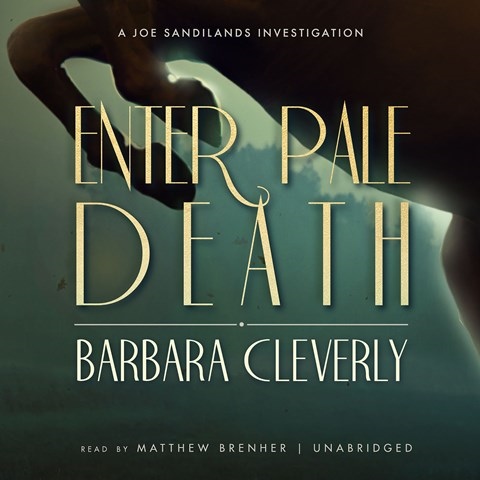 Narrator Matthew Brenher sounds wonderfully at home in 1930s London and in the country house of Sir James Truelove. These are the locales where most of the action takes place in the twelfth outing for policeman Joe Sandilands. Lady Lavinia is killed in her own stables by a newly acquired stallion. Phoebe, a servant of the house, committed suicide more than two decades previously. An anonymous letter to Sandilands suggests that both deaths are the result of foul play. Brenher effortlessly negotiates the subtle class nuances among the servants and local police and the less subtle differences among their masters. Cleverly's plotting keeps the listener guessing to the end. C.A.T. © AudioFile 2015, Portland, Maine [Published: FEBRUARY 2015]