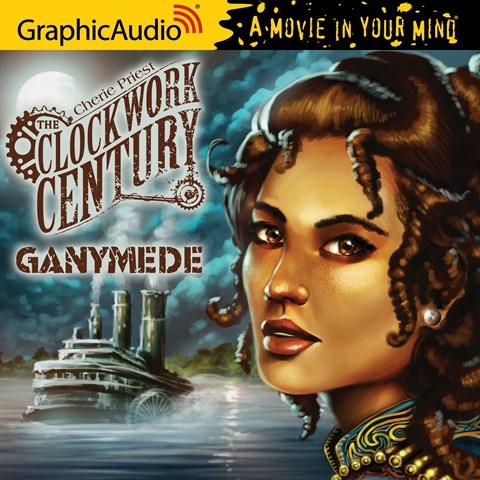 by Cherie Priest | Read by Colleen Delany and a Full Cast

A full cast performs the latest in the Clockwork Century series, set in an alternate-history world in which the Civil War has never ended. The large cast, led by Colleen Delany, conjures up a landscape in which hydrogen-filled dirigibles roam the sky and rain death on the land. Delany and her cast give life to characters such as dirigible pilot Andan Cly and his prostitute lover, Josephine Early, as he helps recover a mighty weapon from the Mississippi River--an early submarine called THE GANYMEDE. The production goes beyond the pitch-perfect performances with sound effects of battle, including the frightening noises of bizarre weapons that use steam, fire, and light itself to foment destruction. It's a busy audiobook that is highly engaging. The six hours fly by. M.S. [Published: DECEMBER 2014]