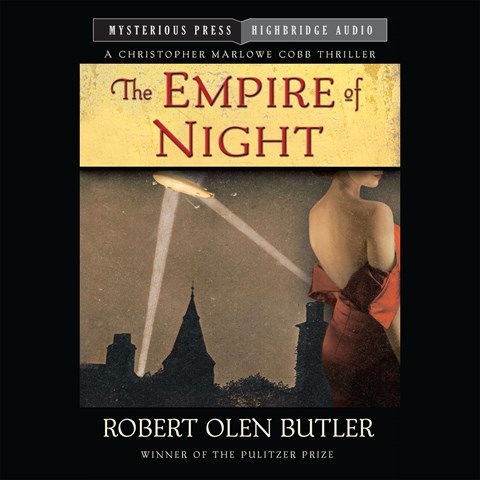 Ray Chase returns to narrate the third in the series featuring Christopher Marlowe Cobb, WWI correspondent and spy. In this installment Cobb's mother, Isabel, an actress, plays a prominent role as his co-spy. Listeners new to the series might think the dramatic tone Chase employs is supposed to reflect the stage atmosphere present in the plot, but this has been his approach to the entire series. The result is often more cartoonish than suspenseful, more Jacques Clouseau than James Bond. The heightened drama is due in part to Butler's story, but Chase augments it with a breathless reading of the work. Crime fans looking for a believable historical thriller may want to pass on this. J.F. © AudioFile 2015, Portland, Maine [Published: JANUARY 2015]