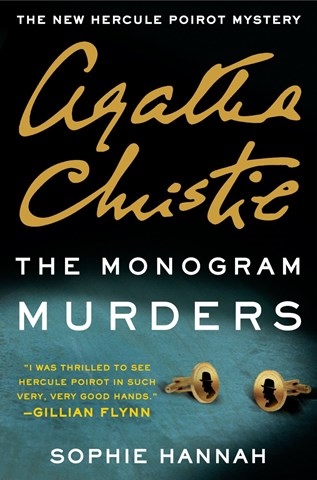 This is the first Hercule Poirot mystery approved by Agatha Christie's family since the author’s death, and narrator Julian Rhind-Tutt does a splendid job with Hannah's creation. Rhind-Tutt is a marvelous Poirot—his accent, French phrases, and confident personality are all present. But the story itself is repetitious, quite the opposite of Christie's style. Still, listeners will remain engaged because of Rhind-Tutt's abilities as a storyteller. When three people are murdered in the Bloxham Hotel, each victim found with a monogrammed cufflink in the mouth, hapless Scotland Yard Detective Catchpool accepts Poirot's guidance in solving the crime. Most enjoyable is Rhind-Tutt’s portrayal of Lucca Lazzari, the hotel manager who repeatedly proclaims the innocence of his staff in an Italian accent. The denouement is rendered Christie style as Catchpool—and listeners—hear the murderer identified. S.G.B. © AudioFile 2014, Portland, Maine [Published: NOVEMBER 2014]