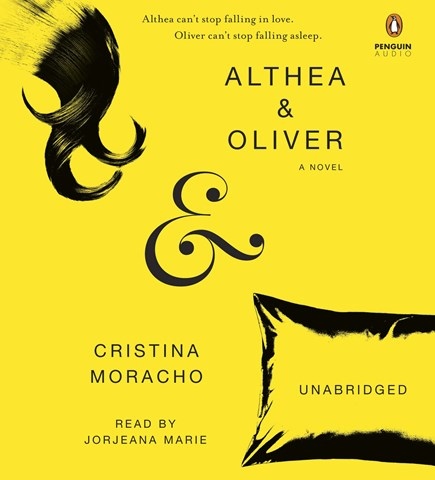 Narrator Jorjeana Marie gives voice to the inner struggles of Althea and Oliver, two best friends since age 6 who are navigating their changing relationship at age 17. As Althea's unrequited romantic feelings for Oliver grow, he deals with a strange illness that causes him to fall asleep for long periods of time. Listeners hear how these complications almost bring an end their relationship. Though Marie highlights subtleties in Althea's character well, she doesn't succeed as well with Oliver. His lines are mostly rushed and defensive, not only making him difficult to understand at times but also reducing his pain to petulance. Further, while Marie makes a decent attempt at Althea's father's Georgia accent, her North Carolina accent is over the top. E.M.C. © AudioFile 2014, Portland, Maine [Published: NOVEMBER 2014]