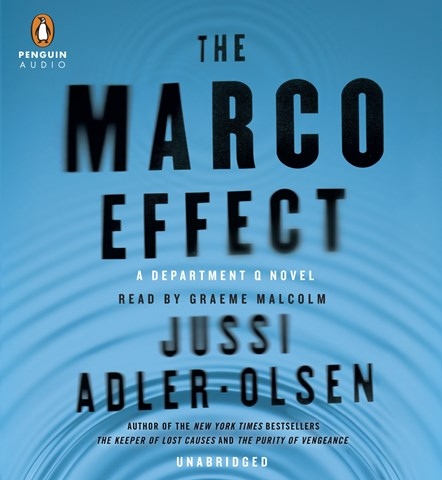 Graeme Malcolm's mature, comfortable British voice suits the world of Danish policeman Carl Mørck as he battles authority and life in general as head of Dept Q--cold cases. Malcolm is also believable as Carl's two disparate assistants, a Muslim immigrant named Assad and a Goth named Rose. The story is well plotted as it weaves the financial fraud of an African aid project with the plight of Marco, a gypsy boy who is forced to pick pockets for a modern-day Fagin. After a slow build, the twists and turns are constant. Malcolm's characterizations never slip, even though he must juggle Congolese boy soldiers, gypsies, and Eastern Europeans, as well as Danes. Although this is the fifth in the Department Q series, it can be listened to and enjoyed by those new to the series. C.A.T. © AudioFile 2014, Portland, Maine [Published: NOVEMBER 2014]