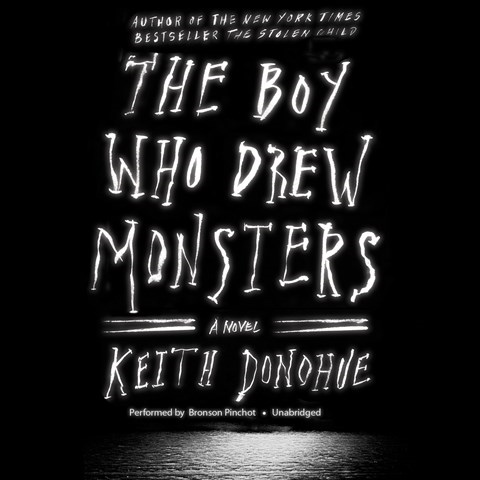 THE BOY WHO DREW MONSTERS

If Bronson Pinchot’s name is listed as narrator on an audiobook, download the book and don’t worry about its topic. In this case, he’s shaping the chilling story of a boy named Jack Peter, an agoraphobic with Asperger’s syndrome who is holed up in his home on the Maine coast during the winter. Pinchot MAKES the story, with his Northeastern accents and his abbreviated, and sometimes eerie, childlike tones. As fascinating as the main characters are, however, it’s a priest and his caretaker who are given the most distinctive voices, along with the tipsy father of Jack Peter’s pal. And there’s no mistaking the terror in the voices of Jack Peter’s mother and father as they’re swept along by terrifying events. M.B. © AudioFile 2015, Portland, Maine [Published: FEBRUARY 2015]