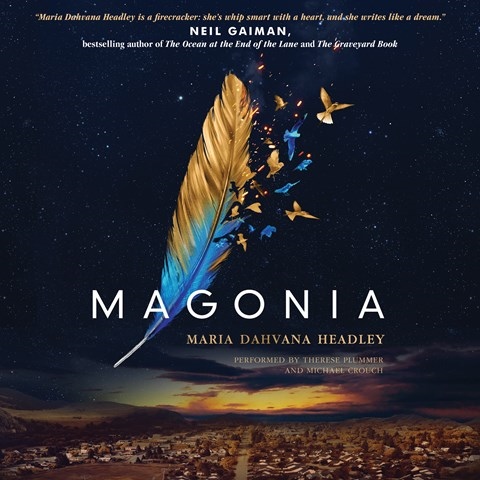 Aza Ray has been drowning for her entire life, afflicted with an incurable disease that baffles her doctors. Thérèse Plummer’s emotional narration, drawing forth both Aza’s world-weary realism and her snarky attitude, will elicit a strong emotional response from listeners. However, it’s Michael Crouch’s embodiment of Aza’s neurotic best friend, Jason, that steals the show when Aza dies just before her sixteenth birthday. When Aza awakens in a new body, in a new strange world, the alternating chapters from Jason’s perspective ground the story, allowing listeners to slowly adjust to the alien world-building elements. As Aza struggles to understand her new identity and learns to harness her new abilities, fantasy fans will be fascinated with the inventive Magonian world. J.M. © AudioFile 2015, Portland, Maine [Published: JULY 2015]