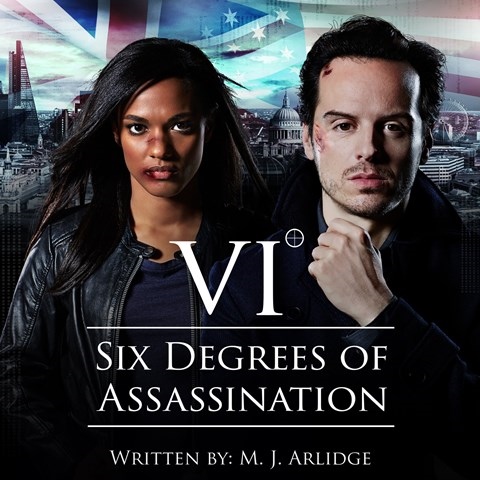 In this Audible original drama, one of the most popular British prime ministers in recent years is gunned down in front of a crowd of well-wishers. The country is devastated, and MI5's Counter Terrorism Unit must track down the assassins and stop a tangled conspiracy from taking down the government. Breakout stars Andrew Scott ("Sherlock") and Freema Agyeman ("Doctor Who" and "Sense8") lead an international cast in this taut political thriller, which features plenty of supple sound effects and a driving musical score. But it's the excellent acting and emotional dialogue that make this production wildly entertaining and worth listening to a second time. B.P. © AudioFile 2015, Portland, Maine [Published: OCTOBER 2015]