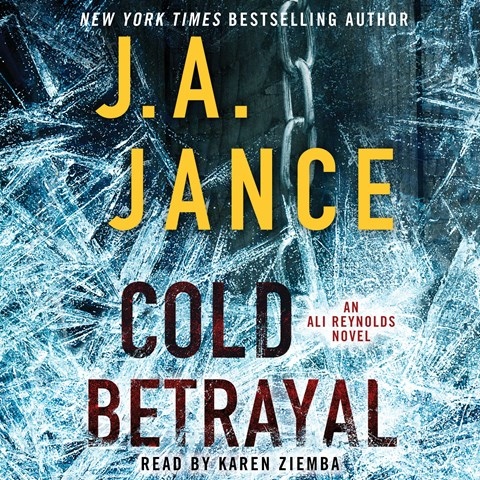 Narrator Karen Ziemba captivates listeners with her low-key portrayals of Westerners, Minnesotans, and Native Americans in the latest Ali Reynolds mystery. The ex-newscaster and her sidekick, Sister Anselm, investigate a situation in Arizona involving a young mother who has escaped with her newborn from a polygamous religious group. In Minnesota, a relative has a break-in after receiving threatening letters—but the police don’t take the elderly woman seriously. Ziemba's pace is often measured, and her tone is grave while still changing pitch and cadence. She excels at portraying the story’s many strong women, adding personality to their dialogue. Ziemba shines a light on Ali as she uses high-tech means to get to the bottom of both mysteries. S.C.A. Winner of AudioFile Earphones Award © AudioFile 2015, Portland, Maine [Published: MARCH 2015]