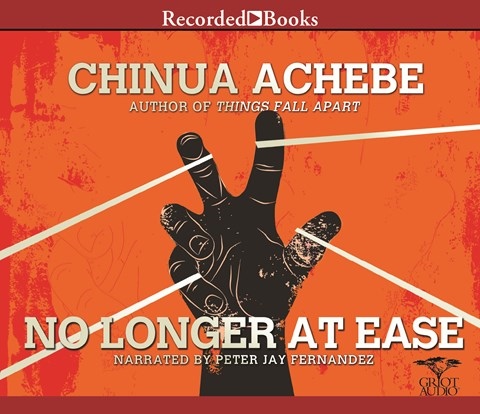 NO LONGER AT EASE

Peter Jay Fernandez steadily narrates this story of an African young man who is disconnected from his roots after he receives a European education and ambivalently falls into the ranks of an elite society. The clarity in Fernandez's voice is polished. He convincingly transitions between the African and European accents that shape this tale filled with parables and sagacious folklore within the larger body of the story. There is a brief moment when the portrayal of two female teachers in a Catholic convent is questionably authentic, due to the rendition of the accents. Overall, however, Fernandez honors the majestic writing of the accomplished African writer Chinua Achebe. T.E.C. © AudioFile 2015, Portland, Maine [Published: SEPTEMBER 2015]