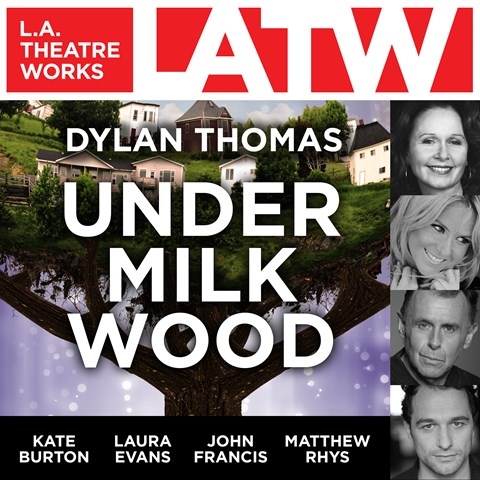 by Dylan Thomas | Read by Matthew Rhys, Kate Burton, and a Full Cast

Welcome to the richly textured, dreamlike world of a Welsh fishing village named Llareggub--"Buggerall" spelled backwards. Its denizens include the postman and his wife, Mr. and Mrs. Willy Nilly; the rabbit catcher, Mr. Waldo; and Captain Cat, who dreams of old voyages and past loves. Originally commissioned for BBC Radio, this last piece by Dylan Thomas before his death in 1953 is a natural fit for a fine ensemble cast led by Welsh natives Matthew Rhys and Kate Burton (daughter of Richard Burton, who starred in the original 1954 production). L.A. Theatre Works' live stage production brings out the magic in this playful and darkly beautiful drama. B.P. © AudioFile 2015, Portland, Maine [Published: JULY 2015]