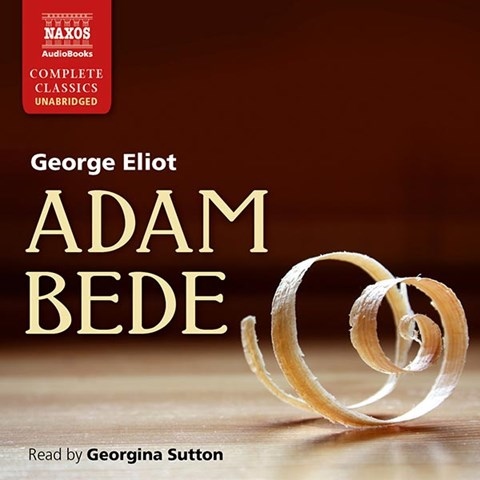 Through the lens of literary realism, George Eliot examines the female role through Hetty, a woman tempted by illusions of grandeur, and Dinah, a woman whose life is dedicated to a religious calling as a Methodist itinerant preacher. Both women impact the heart of the honest carpenter Adam Bede. Georgina Sutton offers an expressive narration of Eliot's novel. It's clear that she grasps the tone of the prose through her delivery of the narrative voice, a voice that Eliot fills with many speculative asides. Sutton also convincingly portrays the country dialect of several characters, especially Adam and his brother, Seth, who both come across as good-hearted and noble. Sutton's pleasant tone is engaging throughout and draws one into the drama in the fictional community of Hayslope. D.M.W. © AudioFile 2015, Portland, Maine [Published: JULY 2015]