Home»Reviews»JOHN BALL'S IN THE HEAT OF THE NIGHT 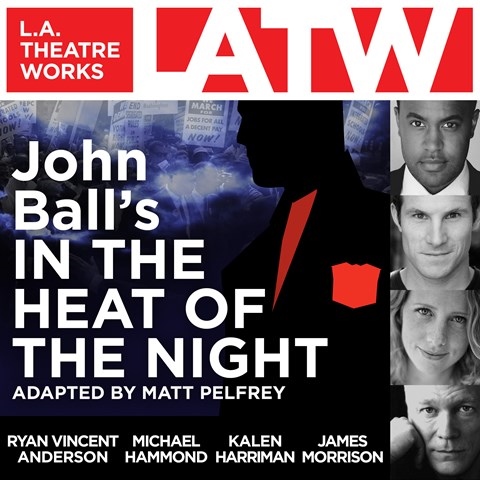 JOHN BALL'S IN THE HEAT OF THE NIGHT

Opening with the sounds of a crisp blues guitar and a car on a lonely gravel road, L.A. Theatre Works performs the off-Broadway adaptation of this classic 1960s story. A black California homicide detective is passing through a backwater Alabama town that just happens to have had a murder. The performances deliver all the tension, humor, and grit of the original novel and film. As Virgil Tibbs and Police Chief Bill Gillespie, Ryan Vincent Anderson and James Morrison lead a fine cast whose characters must overcome their own prejudices and differences to solve the crime. The story is as provocative, socially relevant, and edgy as the day it was written. B.P. SYNC 2015 © AudioFile 2015, Portland, Maine [Published: MARCH 2015]