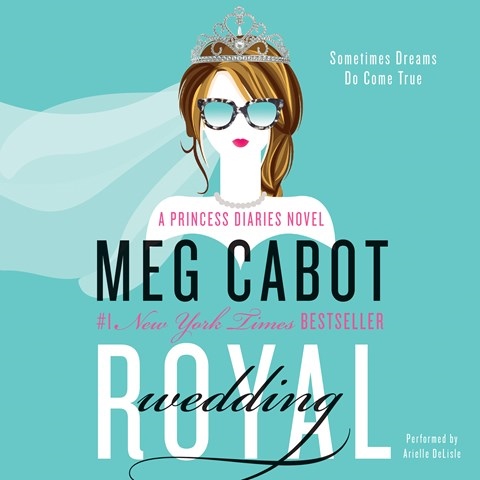 The first adult book of the Princess Diaries is a delightful journey to the aisle with many twists and laughs along the way. Narrator Arielle DeLisle gives the 11th installment a strong voice that is true to Cabot’s beloved Princess Mia. DeLisle perfectly captures Mia’s feelings as she finds herself being spread too thin in her demanding life. Five years after college, she’s working hard running a teen community center in New York City while maintaining a united front as part of Genovia’s royal family. DeLisle recounts Mia’s bubbly optimism, honesty, and unabashed love for—and attraction to—her fiancé in the established “Princess” diary format, which perfectly preserves both the exciting and mundane aspects of being a modern princess. A.L.C. © AudioFile 2015, Portland, Maine [Published: JULY 2015]