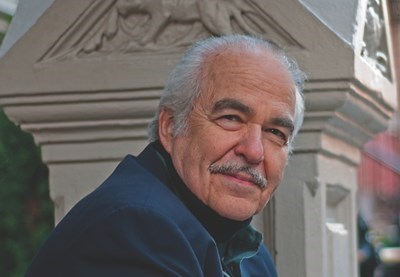 Last Thursday was Thanksgiving in the U.S. And as we have been thinking about all that we’re thankful for, I’m reminded of how thankful I am for great stories, creative story writers, and amazing storytellers. When the craziness of the world just feels overwhelming, it’s a gift to be able to escape into the realms of these books that their creators and performers so generously share with us.

As audiobook fans know well, the narrator can make all the difference in a book. A so-so tale can become amazing, while a good one can fall flat, leaving the listener disappointed. Interpretation, nuance, and delivery are as important in an audiobook as a strong plot. For that reason, I wanted to pay homage today to narrators who have reminded me how I first learned to love stories and who make me love listening to them every day.

Anyone who follows my posts here should not be surprised to see George Guidall’s name on my list. He is, of course, the voice of Walt Longmire. Guidall is no stranger to mystery and crime novels. Some of his recordings in the genre include Tony Hillerman’s Leaphorn and Chee series, Daniel Silva’s Gabriel Allon series, Vince Flynn’s Mitch Rapp novels, and Lilian Jackson Braun’s The Cat Who books. His credits are far too lengthy to list here, but some other highlights of my personal listening history include his reading of Caleb Carr’s THE ALIENIST and Neil Gaiman’s AMERICAN GODS.

January LaVoy is also a regular in the mystery genre, narrating books by Marcia Clark, Jeffery Deaver, James Patterson, and Lisa Unger. I was riveted by her portrayal of Clark’s Rachel Knight and adored her reading of Deaver’s THE OCTOBER LIST. Her narration paired with Hester Young’s two books THE GATES OF EVANGELINE and THE SHIMMERING ROAD was just brilliant. It’s simply a joy to listen to her work.

MacLeod Andrews still retains the position of having narrated my all-time favorite audiobook, THE LOCK ARTIST. I recommend the audio All. The. Time. I laughed, cried, and cheered. Pretty incredible for a story whose narrator is mute. Andrews also narrated the Morgue Drawer series by Jutta Profijt, which is hilarious and smart and suspenseful. The series is translated, so the amazing work of author, translator, and narrator is nothing to scoff at. So much could be lost at any stage along that production line. I love it. With those two credits to his name, it was a no-brainer that I rejoiced when I heard Andrews would narrate  Robert Crais’s SUSPECT. A perfect fit.

I discovered Edoardo Ballerini when he narrated Lou Berney’s GUTSHOT STRAIGHT and was hooked instantly. Ballerini has also performed works by Joseph Finder, James Patterson, Jeffery Deaver, Stewart O’Nan, and the Dalai Lama. You have to admire someone with that kind of range! These days if I see Ballerini is reading a work, I’m listening to it. Maybe I should bribe him to read some cookbooks — I might actually take an interest in the kitchen that way. 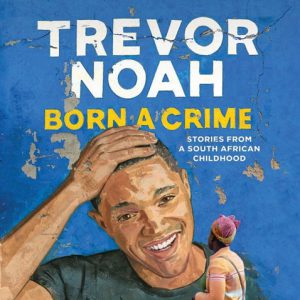 I’m going to end my list with a performer whose book doesn’t actually fall into the mystery genre. It has a crime in the title, though. Trevor Noah’s reading of his own memoir, BORN A CRIME, is incredible, and I’m extremely thankful for having had the chance to experience it this year.

As a child, I loved story hours and bedtime stories and reading circles and whatever else. As an adult, I’m so blessed to have amazing performers take the reins of my own personal story hour(s). How about you? Who are you thankful for?