Audiobooks: THE ENGLISH AMERICAN; WHAT THE NANNY SAW; CONSIDER THE FORK; RIVETED: A Tale of the Iron Seas; SWALLOWS AND AMAZONS; BECK AND THE GREAT BERRY BATTLE

An AudioFile Earphones Award winner, Alison is a classically trained actress who has appeared on Broadway with the Royal National Theater. She has narrated over 60 audiobooks from NY Times bestsellers to Swallows and Amazons to the Audiofile Best Non-fiction Audiobook of 2012, Consider the Fork. For more info go to www.alisonlarkin.com 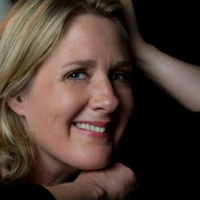