Cynthia's unusual voice has made her devotion to the spoken arts a natural fit. As a narrator, veteran of Broadway, Off-Broadway, regional theatre, film and television, her characterizations and facility with dialects are unforgettable. She transitions easily from children's books (Five seasons with Children's Television Workshop) to Shakespeare's sonnets and everything in between (VIRGIN OF THE RODEO). 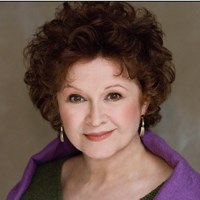