Gregory’s latest audiobook project is ONE SQUARE MILE OF HELL: The Battle for Tarawa, a WWII history for Penguin Random House. He also appeared in Seth Rogen’s humorous memoir YEARBOOK. Gregory has been a professional actor for 25 years: on Broadway, in films like TOO BIG TO FAIL, and many TV shows including NEW AMSTERDAM, BULL, and THE AMERICANS. Raised in Albuquerque, New Mexico, by two doctors who served as Army Captains in Vietnam, Gregory is 6'6" when standing! 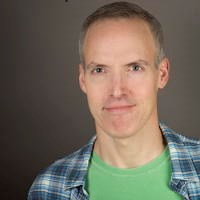