January LaVoy is a New York City based stage, television, and voice actress. She was honored as “Audiobook Narrator of the Year" by Publishers Weekly in 2013, and has received several AudioFile Earphones awards, as well as a YALSA Amazing Audiobook distinction, and an Audie Award for Romance. Authors include David Baldacci, Libba Bray, Marcia Clark, Harlan Coben, Jefferey Deaver, James Patterson, Nora Roberts, and Nicholas Sparks. 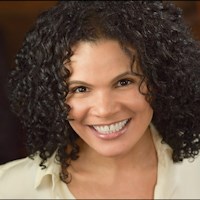