Audiobooks: THE LAST TO SEE ME; THE LONELIEST GIRL IN THE UNIVERSE; THE LIGHT FANTASTIC; WE ARE HERE TO STAY:Voices of Undocumented Young Adults; BEFORE THE BROKEN STAR: The Evermore Chronicles, Book 1; GIRLS LIKE US

Lauren Ezzo is a Chicago based narrator/actor. At this writing she has narrated over 150 titles for authors including Richard Kirshenbaum, Claire Legrand, Georgia Clark, Adam Rapp, Christopher Rice, & Kirk Lynn. She has won multiple awards for her narration, including several “Best of the Year” lists, and several Earphones Awards. In 2016, her performance of "The Light Fantastic", by Sarah Combs, co-narrated with Todd Haberkorn, was named one of AudioFile's best books of the year. She was accorded the same honor in 2017 from School Library Journal for her narration of “To Stay Alive: Mary Ann Graves and the Tragic Journey of the Donner Party”. In 2018, she was Audie Award-nominated as part of a full cast of narrators for Best Original Work, “Nevertheless We Persisted”, performing two pieces - one of which she authored. She is a proud member of the Audio Publishers Association, and a lifelong bookworm. 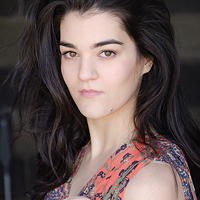