Audiobooks: LOVE & OTHER DISASTERS; A LESSON IN VENGEANCE; THE BONE SPINDLE; SUMMER’S EDGE; LIKE OTHER GIRLS; DREAM ON


Lindsey Dorcus is a SOVAS and IAA award-winning audiobook narrator. She has narrated over 70 titles for publishers like Penguin Random House, Hachette, Simon & Schuster, Tantor, Blackstone, Audible Studios, and others. A classically trained actor, she grew up in New Hampshire and currently lives in Chicago. She especially loves narrating YA, Science Fiction/Fantasy, and stories with LGBTQ+ themes. 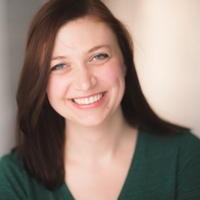