Audiobooks: STEALING THE SHOW (A History of Art and Crime in Six Thefts); PATRIOTISM & PROFIT (Washington, Hamilton, Schuyler & the Rivalry for America’s Capital City); THE SPIRIT OF GREEN (The Economics of Collisions and Contagions in a Crowded World); RECLAIMING PATRIOTISM IN AN AGE OF EXTREMES; MACHIAVELLI (The Art of Teaching People What to Fear)


Mack Sanderson has voiced commercials, promos, documentaries, and PSAs, along with audio tours for leading art museums in the U.S. and Canada, and has narrated audiobooks with Audible, Blackstone, Princeton University Press, Scientific American, and Tantor. With a PhD in art history from Harvard, he lived abroad in multiple countries for 6 years but is back home in New York City. Fluent in French and Italian, he can also voice in Spanish and German. 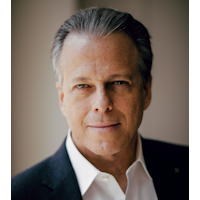