Matt got his start as a singer and multi-instrument musician (band nerd) before shifting gears to acting and receiving a degree in musical theater from the University of Northern Colorado. He has performed in theater productions all over the country, and on-camera in "Mozart in the Jungle" as well as in various commercials, notably as the spokesman for Expedia's "Interns" campaign. Voiceover work includes clients like McDonald's, Wendy's, UNICEF, PBS, Disney, and numerous audiobooks for several different publishers and producers, including Scholastic, Audible, Deyan Audio, Real Jetpacks, and ACX. He is especially passionate about bringing to life stories for young readers! 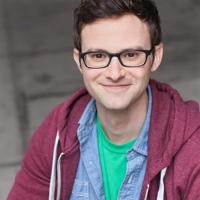