Audiobooks: THE TEST; STRINGER: A Reporter’s Journey In the Congo; I AM AN EXECUTIONER; Love Songs; THE HUNDRED-FOOT JOURNEY; HAROUN AND THE SEA OF STORIES; A BURNING

Neil Shah is an Audie nominated narrator and multi-AudioFile Earphones Award winner who has recorded over 150 audiobooks. AudioFile Magazine has commended him for “an absolutely mesmerizing listening experience” and as “an outstanding narrator who adds a healthy dose of personality to each of the characters.” As a classically trained actor, with an MFA from the Old Globe/University of San Diego, he has appeared Off-Broadway and on regional stages, as well as in film and television.  He records from his home studio in Portland, Oregon
See full audiography 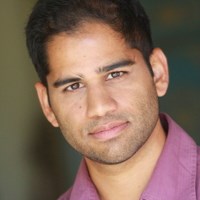