Identity: Algerian/Irish/Lithuanian-American; fluent and familiar with Islamic and Catholic traditions; muppet at heart

Audiobooks: SWEEP OF THE HEART


Nora Sofyan -- also known as Nora Achrati -- has narrated dozens of titles for the Library of Congress Talking Books program and voiced hundreds of characters with GraphicAudio. As a theater artist, she's written and performed for children and adults, and specializes in physical and vocal transformations. Nora holds an MA in Arab Studies from Georgetown University. 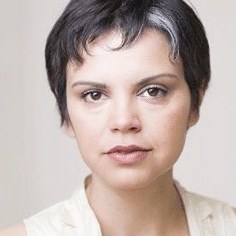