Audiobooks: MERLE’S DOOR; FINAL JUSTICE; TRUST NO ONE; HOW ANGEL PETERSON GOT HIS NAME; QUIET DESPERATION; THE HIGH DIVIDE


Patrick has recorded close to 500 audiobooks. He has been an Audie Finalist 3 times, as well as having won several AudioFile Earphones Awards and one Publishers Weekly Listen-Up award. In addition, he has numerous Library Journal Starred Audio Reviews and has appeared on multiple Editors Pick, Top 10 and Year's Best Lists.
See full audiography 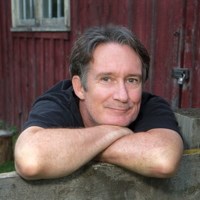