Actor and producer Ron Butler has over a hundred stage, tv, and film credits. He is a multiple Earphones Award winning narrator and Audie Award nominee. His titles have made annual “Best Of” lists across multiple genres, and Audiofile Magazine consistently describes his work as superb, expressive, and nuanced. Originally from the Bahamas, he grew up singing calypso, and hasn’t stopped performing since. 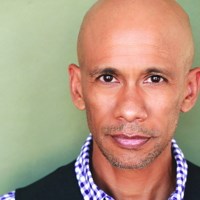