Audiobooks: FROM BLOOD & ASH; A KINGDOM OF FLESH & FIRE; PARENTING BEYOND PINK & BLUE; JUNONIA; A COURT OF SILVER FLAMES; STOP IN THE NAME OF PANTS

Stina Nielsen, has performed on Broadway, London’s West End, TV, and at Regional Theatres across America. She has narrated over 250 audiobooks and has earned ALA awards, 7 Earphones Awards, has been nominated for several Audie Awards and was named as one of the “Best Voices of 2011”. 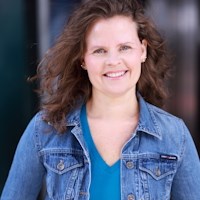