Susan is a two time Audie and multiple Earphones Award-winning narrator, and one of AudioFile’s Best Voices of 2011. Along with TV and film work, Susan has played award-winning roles on London’s West End and Off Broadway. Recent work includes a recurring role on LOST, and the films LOVEWRECKED and FLUSHED AWAY for Dreamworks.
See editorial profile 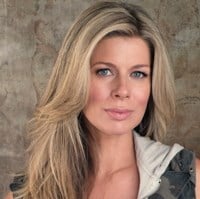