Tanya is the winner of two Earphone Awards and was Nominated for an Audie in 2013. She has an BFA in English Literature and an MFA in Creative Writing. She has a rich mid-range voice that allows her to play both females and males (and a variety of ages) convincingly. Tanya was named Best Of Romance 2016 by AudioFile Magazine and is a 2017 Audies nominee. 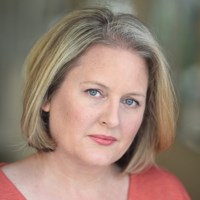